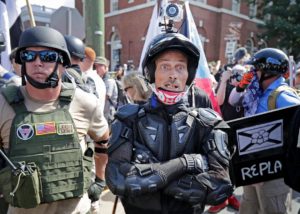 I’ve posted this and other things like this on Facebook before, but it bears repeating. I’m going to mention this again (and again, and again, and again – as many times as necessary), as an avid WWII history buff, and as someone whose grandparents were heavily involved in the war effort at home. If you wave a fucking Nazi flag, throw a salute to Heil anyone, or try to claim anything about a superior race, we’re going to have words – strong words. I don’t have time for bullshit, and I certainly don’t have time to argue about why your widdle feelings got hurt and that’s why you started calling yourself a Nazi. 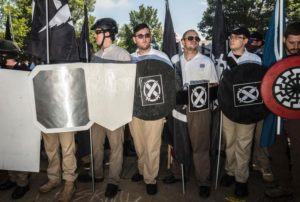 GET OUT. Stop trying to relive the Civil War or WWII, and pretend that the Nazis were just misunderstood, and that we can all wave second-place flags and pretend that words don’t have meaning, and we should all hug and sing Kumbayah like Daily Stormer doesn’t advocate violence and Richard Spencer’s “peaceful genocide” isn’t actually so bad. I don’t have to tolerate that shit and I won’t tolerate it. As soon as you advocate those things, tolerance is done – you have violated basic human decency, not to mention the social contract that we all abide by in not killing each other and burning each other’s homes down. I don’t have to tolerate that shit, just like you wouldn’t tolerate it if I walked over to your house and kicked your dog.

I’m reaching the end of my tolerance for bullshit, and while people are welcome to argue the finer points of National Socialism, they’re not welcome to come tell me why I need to tolerate some assholes with their Wal-Mart tiki torches crying that white people don’t get enough attention and that their tiny little snowflake egos need more stroking. 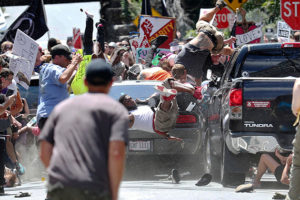 As Yonatan Junger states in his article on Tolerance, tolerance is a peace treaty but not a suicide pact.

“Tolerance is not a moral absolute; it is a peace treaty. Tolerance is a social norm because it allows different people to live side-by-side without being at each other’s throats. It means that we accept that people may be different from us, in their customs, in their behavior, in their dress, in their sex lives, and that if this doesn’t directly affect our lives, it is none of our business. But the model of a peace treaty differs from the model of a moral precept in one simple way: the protection of a peace treaty only extends to those willing to abide by its terms. It is an agreement to live in peace, not an agreement to be peaceful no matter the conduct of others. A peace treaty is not a suicide pact.” 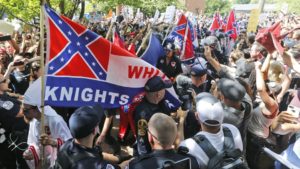 If one side decides not to live up to their end of the bargain, the other parties are not obligated to stand aside regardless of consequence and let those people trample on the treaty, and everyone else. When Nazis show up with torches and local militias bring guns to protests, they’re loudly proclaiming that they couldn’t care less about whatever social contract we think we’ve signed with everyone else. They only care about their feelings and their rights and their place in society, and they’re willing to trample (or shoot) anyone who believes differently. There’s no need to tolerate that, and it’s stupid to think anyone should. White Supremacists aren’t tolerating my right, as a mixed-ethnic woman, to live near them and work a high-paying job. In their eyes, my immigrant father stole his job from a more deserving white person, so everything I do and own was stolen from them. (See any number of articles about how immigrants steal jobs from white Americans. I’m sure the Daily Stormer is full of them, as is 4chan, reddit, and even twitter.)

I am under no obligation to tolerate such bullshit, and I won’t. I’ve listened to these people and frankly, all I hear is the sound of my grandparents spinning in their graves because we literally fought a war over this 70 years ago and they (and I) thought it was settled, that this was just isolated fringe making noise. Well, apparently it isn’t, but I have no inclination whatsoever to sit back and play, “But both sides…” or, “We should really take the high road.” Neville Chamberlain’s appeasement policies were wrong then, and they’re still wrong now.